Migraine Awareness Week – What can trigger a migraine? 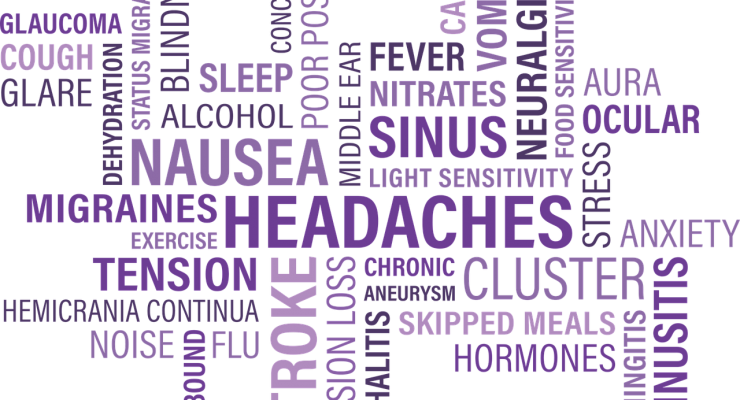 Last year, Darren & Nicole were in Oslo, teaching the functional neurological approaches of migraines to a  mix of Chiropractors, Osteopaths and Physiotherapists. For the UK’s The official awareness week we are thinking about the complicated world of migraines.

So, what sort of things can trigger a migraine?

The triggers vary from person to person but the effect of the trigger seems wholly to be the same – overworking neurons set off the cortical spreading depression, and as described in the last post, the over-firing neurons spread across the brain (auras).

One trigger could be pain from elsewhere. Sensory nerves from the muscles and joints in the neck and jaw can be a trigger. This is why research finds chiropractic treatments effective for migraines; improving the way the joints and muscles move which in turn reduces the pain signals into the trigeminal nuclei in the brainstem. Many other structures also have pain fibers that connect to the trigeminal nuclei and all have the potential to trigger a migraine; eye muscles (that move the eyeball), the surface of the eye, sinus, mouth, teeth, tongue, larynx, pharynx and oesophagus. If the eye muscles are not controlled appropriately, reading can be a trigger, this may be helped by eye or vestibular/balance exercises.

Non-painful signals from other senses can also be a trigger if the individual’s neurons that process the information are oversensitive. Bright lights, flashing lights or busy visual scenes are common triggers as are loud sounds and certain smells.

Smell links us to chemical triggers. Chemicals in the air or in food & drink, can activate receptors on neurons, making the neurons overwork and setting off the cortical spreading depression. Some only suffer a migraine if they eat a certain food. Foods containing chemicals that stimulate neurons tend to be problematic. Some of these are MSG (monosodium glutamate found in processed foods to enhance taste), aspartame often in fizzy drinks, chewing gum and sweets, and tyramines (found in fermented, cured and pickled foods some legumes and nuts). Sulphites are chemicals which are added to certain food and drink to make them look more appealing. Sulphites are often to blame for the half a glass of wine which causes an immediate hangover!

More commonly (we think) poor blood sugar regulation is a trigger, as blood sugar levels drop neurons have less fuel and become more excitable, therefore skipping meals or relying on processed carbohydrates for a good deal of fuel, can cause problems. Stress greatly adds to this, as the hormones and chemicals released when we’re stressed or super excited increase our desire for sugar alter our sugar metabolism and make our neurons more excitable. As stress levels rise we excrete more magnesium which we require for the stable activity of neurons and relaxing muscles. This is why magnesium is one of the most researched, and effective supplements for headaches and migraines, as well as the fact that about 60% of the population don’t take in enough in their diet.

Lack of sleep or interrupted sleep is another trigger; neurons tire and become more unstable. It’s likely that overexertion or exercise is a trigger via the same mechanism.

Hormones can trigger a menstrual migraine, as oestrogen and progesterone levels in the blood lower around menstruation, neurons receptive to certain neurotransmitters (serotonin and GABA) become less active, which can set off the cortical spreading depression.

Head injuries and concussion cause a significant amount of inflammatory responses in the brain which cause neural instability. Some suffer regular migraines following a head-injury if untreated, as well as many other symptoms of concussion – but this is for another day! Unfortunately we don’t know why 1 in 7 are susceptible to migraines, there are some genetic factors and probably others too.

At Newland we can usually identify the triggers and mechanisms underlying a migraine and with a combination of treatment, physical or brain exercises and advice we can usually make a significant improvement. In the last installment for or just after #migraineawareness week, we will explain how.